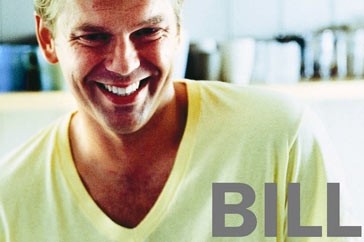 Even before Masterchef hit our screens, chef’s across Australia had begun to achieve celebrity status with their international awards, cookbook deals and TV shows. These days we are spoilt for choice when it comes to dining on the creations of these food rockstars. If you want to try out some Sydney celebrity chef restaurants on your visit, consider one of these, they are among the best restaurants in Sydney.

Who were the first Celebrity Chefs in Sydney?

Among the early favourite chefs was Tetsuya Wakuda of Tetsuya in Sydney. Tetsuya’s was the first Australian restaurant to be listed on the London’s Restaurant Magazine’s  Top 50 restaurants in the world list and is the SMH’s most hatted restaurant. If you are planning a visit here, make sure you have reservations weeks in advance. This is one of the most popular restaurants in Sydney.

Another famous Sydney chef, Neil Perry of Rockpool fame, followed Tetsuya. Perry’s first restaurant, Rockpool, spent 20 years as one of the cities favourite establishments winning awards and accolades from around the world until it closed earlier this year. Today Perry has several restaurants in Sydney and Melbourne and a burger chain called Burger Project that makes his food accessible to the masses. Perry has also published some outstanding cookbooks.  My pick of his Sydney restaurants is Spice Temple, but I have yet to try his latest offering Margaret in Double Bay.

Next came my favourite home cook Bill Granger.  Bill opened Bills at Darlinghurst in 1993 and began serving the breakfasts that have made him famous. Today he has 3 Sydney restaurants and 2 in Japan.  His books and TV shows appear worldwide, and Bills is listed in almost every Sydney guidebook. If you get a chance for a mid-week breakfast at Bill’s, I suggest you go. Sweet tooths will want to try the Ricotta hotcakes with banana and honeycombs. I prefer his sweet corn fritters.

Australian’s have a love affair with food, and over the last ten years, quite a few chefs have moved from the kitchen to our TV screens in reality shows, cooking shows and even breakfast television segments.   They then publish cookbooks that make the bestseller list each year just in time for mother’s day or Christmas.  If you have a favourite, why not check out the real thing and visit their restaurant

Tetsuya came to Sydney in the early 1980s as a twenty-two-year-old with very limited English and a passion for cooking.  In under two years, he had opened his first restaurant in partnership with a head waiter he met while working at Kinsella’s. He began his restaurant, Tetsuya’s, in Rozelle in 1989.

In 2000 the restaurant was located to its current premises in Kent Street, where it operates from a gorgeous heritage property complete with a Japanese garden. The menu features Japanese flavours prepared with French Techniques using seasonal Australian produce. Bookings for Saturdays are required months in advance, although weekday bookings are easier to get.

Most famous for his breakfasts of Ricotta pancakes with honeycomb butter and perfect scrambled eggs, you will find Bills listed in almost every guidebook to Sydney.  I think the breakfasts here are as excellent as they say and always enjoy them, especially the coconut bread but don’t confine yourself to early morning dining; bills lunch and evening sittings are also worth a visit.

We usually visit the Surry Hills restaurant because parking is easiest, but there are also branches at Darlinghurst and Bondi.

Bill has eight cookbooks and 2 TV series full of easy to prepare food that is great for families or sharing with friends.

Neil Perry was my first chef crush. It was about 30 years ago, and there he was, a good-looking man who could cook and speak about food so well, what more could a girl want.

I have lost count of the number of restaurants Perry has in Sydney; I think we are up to 5, there are also 3 in Melbourne and 1 in Perth. Rockpool Bar and Grill is a two-hatted restaurant in an imposing art deco building that serves Sydney’s perfect steak and a very excellent burger. Spice Temple does fantastic Modern Chinese food with a big chilli hit. Both have awesome wine lists and require reservations.

Its dress circle position overlooking Sydney Harbour Bridge and Opera House Aria is a great place to take visitors or anyone you want to impress.  It’s almost impossible to fail to be taken in by the view, and the food is pretty spectacular too.

His more casual offering Chiswick is my preference.

Matt Moran’s first TV show hosting role was on the Chopping Block.  He was a judge on the 3rd season of Masterchef Australia. He has two cookbooks, one featuring recipes from Aria and the most recent “When I get home’ featuring meals for the family.

I was lucky enough to be introduced to this restaurant shortly after it opened when it was easy to get a table and prices were low.  These days it’s busier, and the prices have gone up to match. It might seem hard to justify paying $16 for two rice paper rolls in a city full of great Vietnamese food, but Red Lantern is a special treat place with a decor, ambience and philosophy to warrant its prices.

I love the food here so much, so I have both of Luke cookbooks.  In 2010 Red Lantern was voted Top Ten Most Environmentally Sustainable Restaurants Sydney Morning Herald Good Food Guide. It is now the most awarded Vietnamese restaurant in the world.

Try the $78 Feed Me menu to sample the best on offer; it offers a tasting style service and is a brilliant way to get a get overview of what they do here. They also offer a vegetarian tasting menu.

The owner of two of the cities most renowned harbourfront restaurants, Peter Gilmore, is another chef whose appearances on Masterchef Australia as a guest judge raised his profile and made him a household name with his snow egg challenge. His restaurants are perfect for special occasions favourites where the food, view and atmosphere combine to provide a meal that will impress almost anyone.

You will find Bennelong inside the smallest of the shells at the Sydney Opera House. The modern Australian menu showcases the countries finest produce. On offer is a variety of dining options, from al la carte to bar food. There are pre and post-theatre dining, which are priced very well.  Reservations are required for restaurant dining; however, the bar area is a walk-in with no bookings required. The dessert bar is a great way to sample the menu without having to spend too much.

These young Australian chefs may not have been around long, but they are making a name for themselves and are as well known as some of the big guys above.

Appearing in the 2015 season of Masterchef Australia, Reynold was a favourite among viewers for his unique dessert creations.  He may not have won the title, but he was undoubtedly among the most successful in opening his restaurant earlier this year.

While it is called a dessert bar, Koi also serves a degustation menu upstairs in an area operated by his brother Arnold, chef and former Masterchef Indonesia judge. This place is well worth checking out if you have a sweet tooth.

Andy Allen appeared on season 4 of Masterchef and has now joined the Three Blue Ducks family, owning and operating the restaurant at foodie hotspot Rosebery in Sydney’s inner south.  The menu offers lots of healthy fresh ingredients and an Argentinian grill in the garden.

Books from Australian chefs can make great souvenirs, so head to Dymocks or Kinokuniya in Sydney. Bills Sydney Food is my favourite.

Which celebrity restaurant in Sydney would you most like to visit? 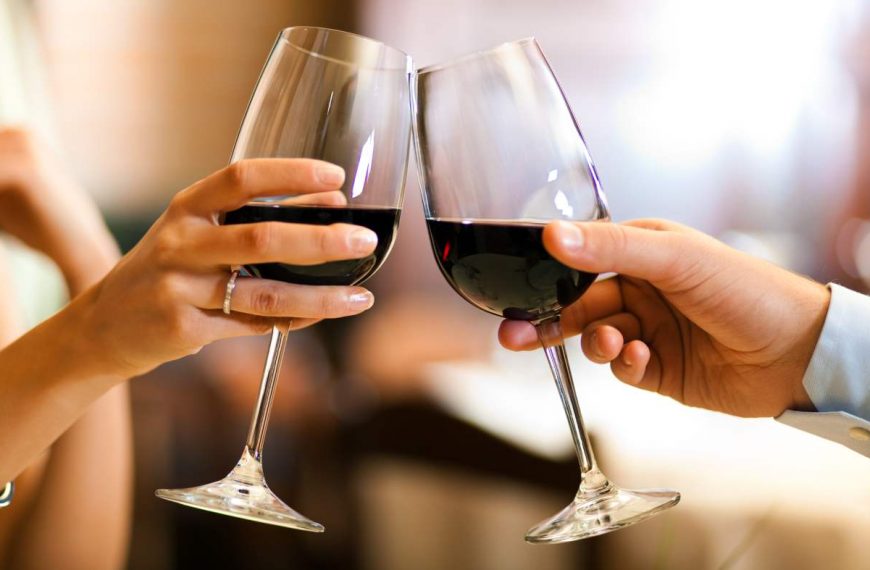 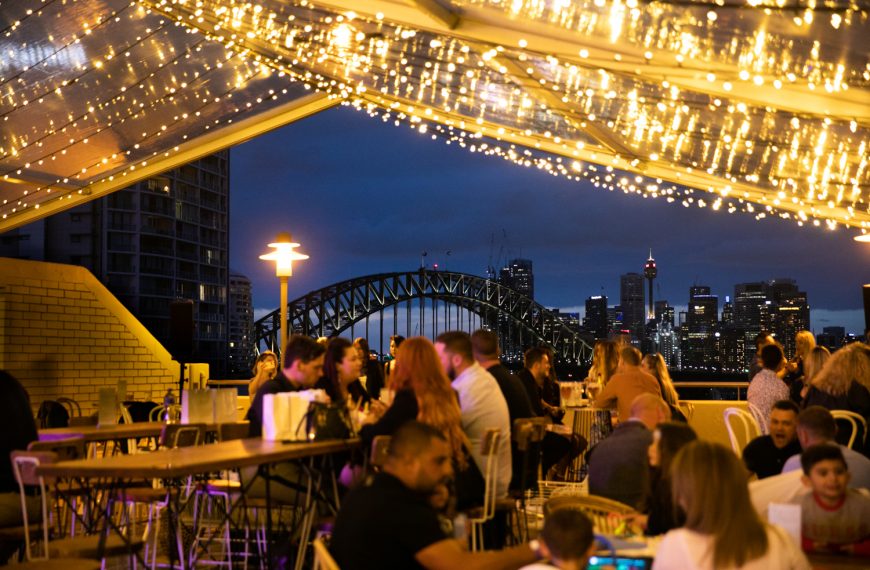 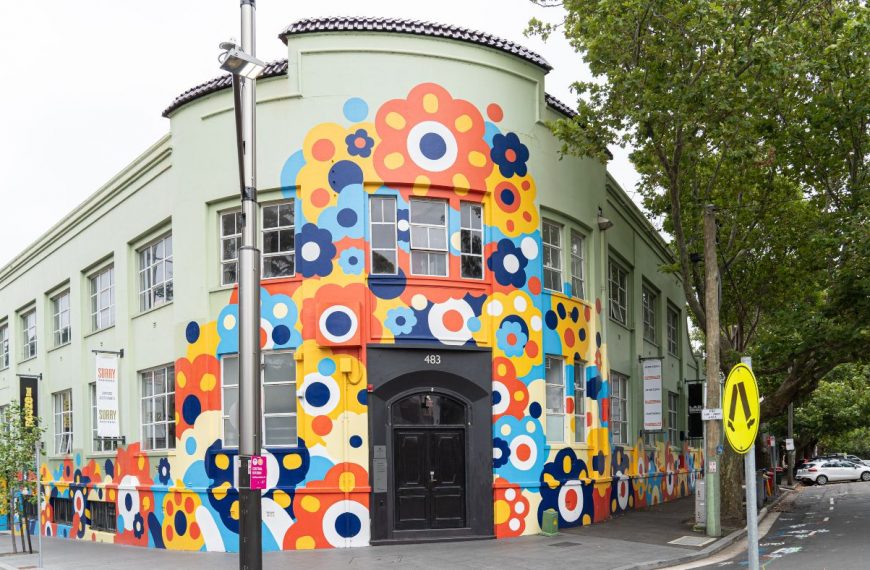 The Heart of Surry Hills Festival

Need free help planning your trip to Sydney? Join our Sydney Expert Facebook Group, where you can ask questions, stay up to date with what’s happening in Sydney and meet a bunch of friendly locals just waiting to share their favourite dining tips!