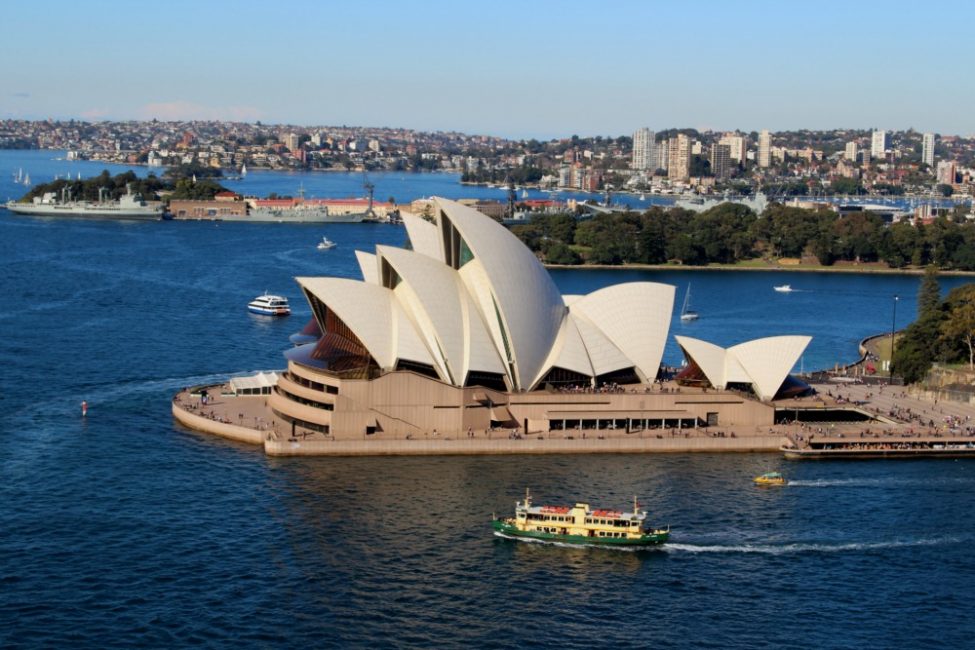 It might be one of the most recognised buildings in the world but just how much do you know about the Sydney Opera House?

The UNESCO World Heritage-listed Sydney Opera House is home to four performance companies, 2 bars, several restaurants and probably the best location in Australia. Its architectural significance is undisputed but few know very much about it.

So if facts and figures about the building intrigue read on then try out the little quiz to see how much you have learnt.

Visiting with family and friends? Throw in a couple of these facts and impress them with your research skills.

Who designed the Sydney Opera House?

One clue, he was not an Aussie

The architect behind this amazing building was 38-year-old Danish architect Jorn Utzon. Chosen from over 230 entries, his drawings won him £5000 and the position managing the project. The building went over schedule and budget, and after the NSW government had stopped payments due to these issues, Jorn resigned as chief architect and left the country shortly after. Sadly he never returned to see the completed building, and much of the interior was not completed to his original design specifications although in recent years work has begun to rectify this.

What is the Sydney Opera House used for?

The Opera House is home to the five theatres, rehearsal studios, two main halls, four restaurants, six bars and a souvenir shop. In total, close to 1000 rooms are located inside the shell and underground.

You can watch everything from a classical ballet performance to a fun circus show, drama, musicals, everything from symphony to cabaret, talks, exhibitions and eisteddfods

When is the best time to visit the Sydney Opera House?

Anytime!  For tours, I suggest going in the morning, however, the very very best time to see it is during the VIVID Sydney festival held each May/June. Sydney City Council stages this most photogenic event and the Opera House plays the starring role.

Other key buildings across the city are also covered in amazing light displays. Each year has a different theme and artist.

Joining a guided tour is one of the best ways to learn more about how the Opera House was designed and built.

There are two main types of tours of the Opera House available.

The “Essentials” tour – This is the standard one hour tour that covers the main public areas of the building.

The “tour and dine” tour – A 2-hour tour that goes beyond the public areas and includes the chance to participate in an immersive digital experience of the Concert Hall with a 270 degree screen where you’ll watch moments from past performances and hear about the new purpose built venue. After the tour enjoy a meal at Opera Kitchen.

Tours are also offered in Mandarin

Read my tips on how to choose the best Opera House tour for you for more help deciding.

How much do you know about the Sydney Opera House?
The answers are at the very bottom of the article

1. What was the nationality of the designer of the Sydney Opera House?

2. Who officially opened the building?

3. What is the name of the point where the Sydney Opera House stands?

5. How many years did they take to build?