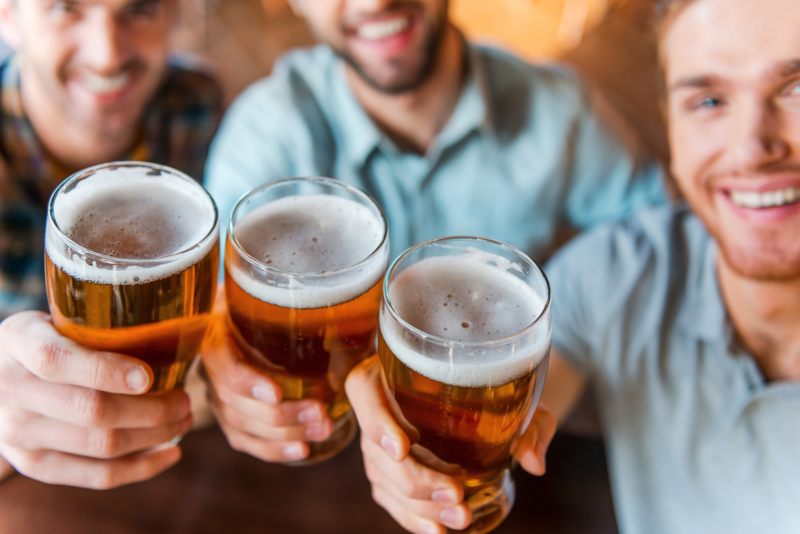 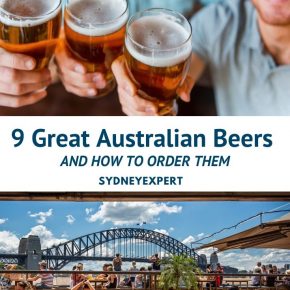 A Crash Course in Drinking Beer in Australia

As you probably already know, beer in Australia is a pretty big deal. It is one of the most popular alcoholic drinks across the country. If you have a mind to join the locals in downing a few amber ales while you are here, the tips in this guide will help you figure out how to order and most importantly what to drink.

You probably already have an image in your head of the typical Australian drinking a cold glass of beer down the local pub. According to recent polls, although wine is most popular amongst casual drinkers, in terms of sheer volume, beer comes out on top.

This post contains affiliate links. Our full disclosure policy is here. Please note all tour inclusions and conditions were correct at time of publication. Please check for changes and be sure you are happy with the current offering before you make your booking.

How to order a beer in Australia

Ordering a beer in Australia is (perhaps unsurprisingly) a lot like ordering a beer in most other countries. A quick monetary transaction sees you a glass of amber liquid getting poured from the tap. But there are a few little details typical to Australia.

The first thing to cover is beer serving sizes

Annoyingly, this system is not a national one. While you can expect these names to correspond to the according glass sizes across the whole of New South Wales, once you start travelling interstate, things get more complicated.

Prepare yourself for some confusion!

*285mls is the most popular size in the country

So what is a shout and do I need to raise my voice?

Another bit of Australian drinking culture that might be familiar is the concept of the “shout” the ritual by which Australians order consecutive rounds of drinks for one another. Some points of etiquette:

Like in any country, prices vary widely in Australia. Some bars are very expensive, others are cheap as chips. Beer prices are also geographic and mirror broader cost-of-living differences. Adelaide, for example, is said to offer cheaper beer while Sydney and Melbourne can be notorious for their high prices. in 2022, the average beer in Sydney cost just under $9, which is quite steep, but you’ll be able to find cheaper beer in a cheaper bar for around $6.

Generally, mid-strength beers, with an alcohol content between below 4% are cheaper than full strength ones (4-5%) as are lagers in general, but unless there’s a big line the bar staff will be more than likely to let you shop around.

In recent times there’s been an explosion in the popularity of more boutique beers, as the inner city is filled with wealthier drinkers with more particular tastes. Most bars will provide some of the more popular local craft and international import beers on tap.

There are also more niche places that serve beers from lesser-known breweries, though these, of course, come with a higher price tag. To list all of these brands would take a very long time and is perhaps the topic for another article, but here is a selection of Australia’s most popular and upcoming beers, that you can try without too much trouble on your next trip to the harbour city.

10 Popular Beers to try in Australia

Toohey’s New is easily the most ubiquitous beer in Sydney. Available on tap all but everywhere, it’s probably the most popular beer in NSW where it began brewing way back in 1869. A standard lager for the mass market, Toohey’s New comes in at 4.6% alcohol, is exactly what you might expect for its cheap price. But served ice cold after a long hard day, it’s as good as any other and better than quite a few.

Occupying the place in Victoria that Toohey’s does in New South Wales, Carlton Draught is now increasingly popular north of the border. A similar kind of beer with a similar price this standard lager tastes different to Toohey’s New, though you’d be hard-pressed to describe how. Great for drinking in the wintertime over a game of AFL or whatever it is Melbournites like to do, Carlton Draught is a reliable and stalwart drop.

Also from south of the border, Victoria Bitter or VB is probably one of Australia’s most iconic beers and along with Fosters fits in as a part of our national stereotype. But while you’d be hard-pressed finding a Fosters on tap anywhere, VB is far more common. Though consumed in the privacy of one’s home away from judging eyes, VB can also be found on tap in most pubs, clubs and bars. What’s the difference between VB and all the other lagers? Not much, apart from what some might call a harsher flatter taste, it has a slightly higher alcohol content of 4.9%.

The last of what we might call the big four mass-market lagers, XXXX (pronounced Four-Ex) is from the great state of Queensland. This brand is heavily associated with the state’s sporting teams and a wide variety of unkind regional jokes. Split into a full-strength pale lager, XXXX Bitter (4.4%) and a mid-strength variety XXXX Gold (3.5%), this beer has regularly been rated one of the most popular beers in the country, though don’t be surprised if you receive a gentle ribbing for drinking it in Deep Blue NSW.

Favoured by South Australians and hipsters everywhere, the distinctive green label of Coopers Original Pale Ale is one of the most widely available pale ales on tap in Australia. This cloudy and refreshing beer comes in a little more expensive than the mass-market lagers it sits beside, but for many, it’s worth the extra cost. Cooper’s Original Pale Ale eschews sharpness for a versatile drop that alienates neither Joe Blow or the connoisseur. It suits many different types of drinkers, many venues and many different occasions. Truly a great all-rounder.

Named after the convict that founded beer brewing in Australia, James Squire is the most prominent craft-y brewer on the market and next to Coopers sells some of the country’s most popular pale ales. 150 Lashes is a staple in that category and is a common fixture around the country. With its uncontroversial style that limits fruitiness, it does something similar to Coopers in being available to a wide range of drinkers. That said, it leans more towards the craft side than its South Australia cousin.

Recently emerging from the big but still comfortably boutique Little Creatures label, Furphy Refreshing Ale has had a sharp rise to prominence in licensed venues and although hardly ubiquitous, is no longer a niche and uncommon brew. A great synthesis between craft and market styles at an affordable price, a few Furphys go down great on a summer’s day and are sure to please all the lads.

A light watery and crisp lager, Iron Jack, is another up and comer in the Australian brewing scene. Marketing itself as perfectly suited to Australia’s dry conditions, Iron Jack is very easy to drink though probably lacking in taste as far as beer gourmands are concerned. Available in mid and full strength, it’s increasingly served on tap in many Australian pubs and is sure to quench a dry throat after a hot day in the sun.

A newcomer to the scene and a wildcard to throw into an otherwise quite well-known selection, the Newtowner by Young Henry is a pale ale designed to mark the 150th anniversary of the label’s home, the trendy inner-city suburb of Newtown. A little more expensive than the other beers listed here it’ll also be a little harder to find on tap. But with a great blend of Australian malts that’s not afraid to get a little more bitter and a little fruitier, it’ll surely be worth the search.

Learn more on a beer tour

One of the most popular beer tours in Sydney, this one visits four historic pubs (bars) in the city’s oldest quarter. The 2.5-hour tour includes plenty of Sydney history as well as details on Sydney’s craft beer scene, four drinks (beer, wine or soft drink), and a pre or post-tour meal at one of the pubs you visit. The guides are entertaining and very knowledgeable. If there are four or more of you, you can book a private tour.

Balmain has the highest ratio of pubs to people in the country. This 3-hour walking tour is great for learning more about the culture of Sydney. It has been home to gangsters, Olympians, politicians and plenty of larrikins. On this tour, you will visit at least 4 pubs, and hear many entertaining stories of murder and intrigue.

Over the last decade, Marrickville in inner western Sydney has emerged as a brewing hot spot. Another 3-hr guided walking brewery tour on this one you will visit three local craft breweries of Marrickville in what is known as the golden triangle of Marrickville. The breweries visited depends on the day but include Batch Brewing, Grifter, Hawke Brewing Co., Philter, Stockade Brew Co, Sauce and Wildflower Brewing and Blending. A must for craft beer lovers!

Lots of visitors don’t spend much time on the northern beaches and that is a shame because it’s a great part of the city. This small bus tour will take you from Manly to Mona Vale, stopping at 4 breweries along the way. You will get a behind-the-scenes tour at each brewery. The tour price includes lunch, snacks and plenty of tastings.

About the Author
Nathan Morgan-Hammer is a 26-year-old writer currently living in Newcastle, just north of Sydney. Between reading history, socialising with friends and exploring the great outdoors, he likes to write articles that help people better understand the world they live in.

2 thoughts on “A Crash Course in Drinking Beer in Australia”