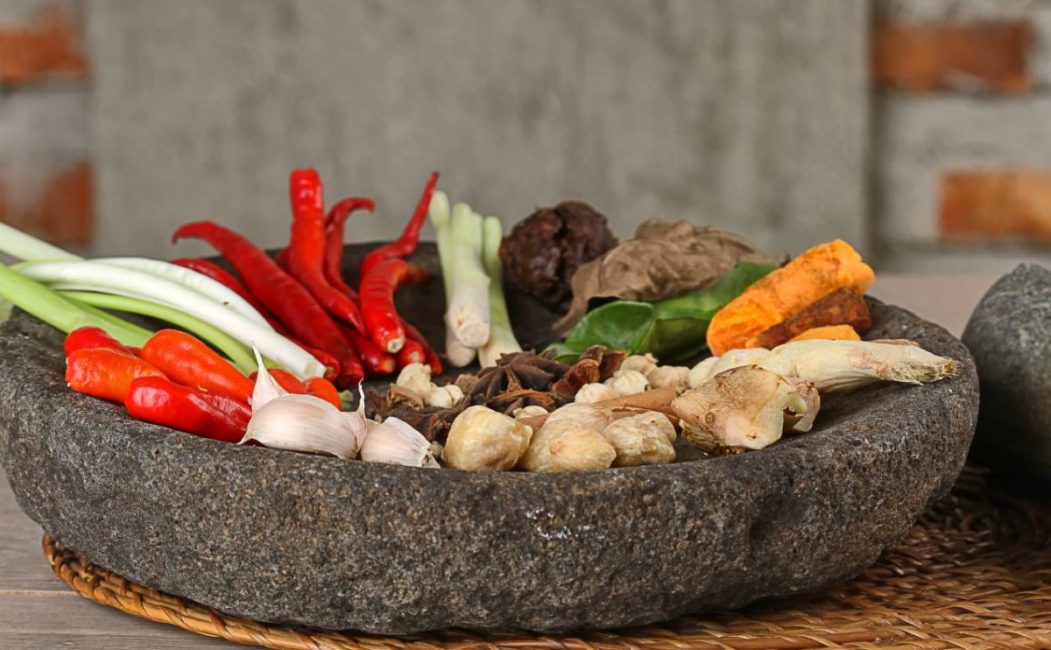 If you are looking for the best Thai food in Sydney, you might have a long hunt; there are some really great options. Today we are sharing four we recently visited as part of a food tour. No matter what type of Thai food you like, we think you will find something to please your taste buds here.

Where to find great Thai food in Sydney
[Open][Close]

To say Sydney has a bit of a love affair with Thai food is an understatement. The first Thai restaurant opened in 1976, and there are now more than 700 across the city. In fact, most Sydneysiders probably have a favourite Thai place they head to regularly. So while you may already have your favourite, if you are visiting Sydney or looking for something new, we have you covered.

Recently I attended a Thai food tour to learn more about Thai food in Sydney. We visited four of Sydney’s finest offerings and rounded out the day with a cooking class taught by one of Sydney’s most respected Thai chefs.

By taking a wander in Sydney’s Thai Town, you can take your tastebuds to all corners of Thailand while you wait for the borders to reopen!

Our Sydney Thai Food Tour saw us sample close to 20 dishes (yes, 20!!) as we toured the country from the south to the north and finished up in Central Thailand. Much like Chinese food, each region has its own distinct flavours.

By the end of the day, I had a bunch of new favourite dishes to add to my list. Read on and perhaps choose one of these great restaurants for your next night out.

Where is Thai Town in Sydney?

Thai Town in Sydney is one of only two official Thai towns globally; the other is in Los Angeles. You will find it in the area surrounding Campbell Street in Haymarket, between George and Pitt and Pitt and Goulburn.

In these streets, is a huge concentration of Thai restaurants, cafes and groceries stores. When you are missing Thailand, this is the place to head for an authentic Thai food fix.

Although Thai Town was established in 2000, it gained official status in 2013 when the Sydney City council installed blue street signs to mark the corners of the official area.

Sydney has the second largest Thai population of any city outside Thailand, after Los Angeles.

What is Thai SELECT?

Thai food is known for its punch. The salty, spicy, sweet and sour flavours do their magic, and your mouth and your tummy are immediately satisfied. While many people have tried Pad Thai or Pad See Ewe noodles, if you would like to expand your knowledge of Thai dishes, we suggest looking out for the Thai Select logo.

The Thai Select award is given to Thai restaurants (and food products) in recognition of quality and authenticity.

Thai SELECT is a mark of certification awarded by the Ministry of Commerce, the Royal Thai Government, to guarantee the authentic Thai taste of Thai food products and Thai restaurants in Thailand and overseas.

More than 25 restaurants in Australia have earned this distinguished award, including the ones we are visiting today.

We began our Thai food journey at Caysorn in Haymarket, a restaurant serving southern Thai food since 1990. Rather than rework his food for local tastes, Caysorn’s owner Mr Chalio Tongsinoon decided early on to serve traditional food from his home province of Phatthalung in the south of Thailand to ex-pats and any locals brave enough to try it! His tactic seemed to work because over twenty years later, he is still going strong.

Southern Thai food is known for its spicy curries, which are less sweet than the mainstay red and green curries of your average Thai takeaway.

I have to say that at 10am this punchy food certainly woke me up! We started nice and easy with a chicken skewer, and a sliver or two of BBQ Pork Cheek served with a sweet Thai milk tea.

This BBQ pork cheek was my pick of the eats here and in my top five for the day. It’s something I know I will order a full serve of next time I visit.

Next came Kanom Jeen – which means rice noodles. Today we were served three curries that progressed from mild (med heat for me, lol) to hot.

First was the Nah Ya Crab Meat (the lightest coloured above), which, while the mildest curry of the day, certainly had a decent amount of heat in it. It was delicious and the one I would order again.

Next, Namh Ya Pah, a blended fish curry, often served here with flathead, although on this occasion, it was Barramundi. This is a spicy curry paste with a kick of Kaffir Lime. I found this one quite hot.

Finally, the last curry Tai Pla, the house speciality, is a salty sauce made from fermented fish guts. This one was a challenge for my taste buds with a strong, very spicy flavour.

They also served us Kao Yum, a deconstructed Rice and Mixed Herb salad. The combination of Thai flavours on this plate was amazing, from soft kaffir lime leaves to fresh lemongrass, papaya and plenty of chillies. This was perfect after the curry and so lovely and light. I very much enjoyed it.

After pouring the dressing over the rice, the idea is to mix it all together – I have to admit I did cheat and only use a smidge of the chilli powder… yes; I am that person.

I had walked past Show Neua many times, thinking I must pop in one day, so I was pleased to see it included today. It’s almost directly in front of the Chinatown tram stop and only a few minutes walk from either Town Hall or Haymarket.

The speciality here is Northern Thai cuisine, so if you are hankering after a dish you ate on your visit to Chang Mai, this is a good bet!

Show Neua is one of only a couple of places in Sydney specialising in traditional Northern Thai cuisine.

Today our meal is a tasting platter served on a Khantoke, a pedestal tray popular in the region. The chef has put together a sample of their popular dishes.

Clockwise from the top, our plate included; pork crackle, Khao Soi chicken soup (one of my favourites of the day and a house speciality), a relatively mild sweet soup with plenty of coconut, rice noodles, and topped with some crispy noodles.

Also on the menu, Boat Soup, which is one of the most popular lunch dishes. The night menu features “Northern Street Dish”, which is 15 tapas-style plates made famous by the Midnight Sticky Rice stall in Chang Mai.

You will find all your old favourites but also plenty of new things to try. If you are feeling adventurous, ask the chef for a tasting plate of some Isaan favourites.

Central Thai Food that will transport you to Bangkok.

Next, it was time to head to Central Thailand. This is the food most westerners experience when they order Thai food. It is less spicy and less sour than both Northern and Southern cuisine.

With a fun atmosphere and late-night dining, @Bangkok has been serving Bangkok street-style food from lunchtime to dawn for over 15 years. Be sure to remember this for the next time hunger strikes before or after a show at the Capitol Theatre.

The flavours of Central Bangkok are milder than those of the south and also a little sweeter.

If you are not familiar with Thai food in Sydney, this is probably a great place to start your journey.

My favourite dish @Bangkok was also the house speciality – Yum Pla Foo – a crispy fish salad. It was punchy and crunchy – a bit like a Green papaya salad – very moorish!

It was followed closely by the Tom Loerd Moo – a clear soup that is often served for breakfast. It featured crispy pork, pork meatballs and cubes of pork blood. I have to be honest; I didn’t eat the pork blood, but the broth and meatballs were fantastic, and I could have eaten a full bowl.

If you find yourself hungry late at night, Thai Food is a great bet with Thai Town still awake well after much of the city is snoozing

Where: Ground floor Capitol Square Building, 730-742 George St,
When: Opens at 11am every day with closing time at 1am Mon-Thurs 4am Fri-Sat, and 2am Sun.

Our last stop of the day was a fun cooking class where Chef Sujet Saenkham served an entrée before tasking us with cooking not one but two very different curries. This was where we bought all the regions together in one fabulous meal.

Chef Saenkham is executive head chef at Spice I am and thought by many to be the best Thai chef outside Thailand. He was generous with his time and patient with our mistakes 😉 While he hails from Central Thailand, his restaurant features a range of Thai cuisines.