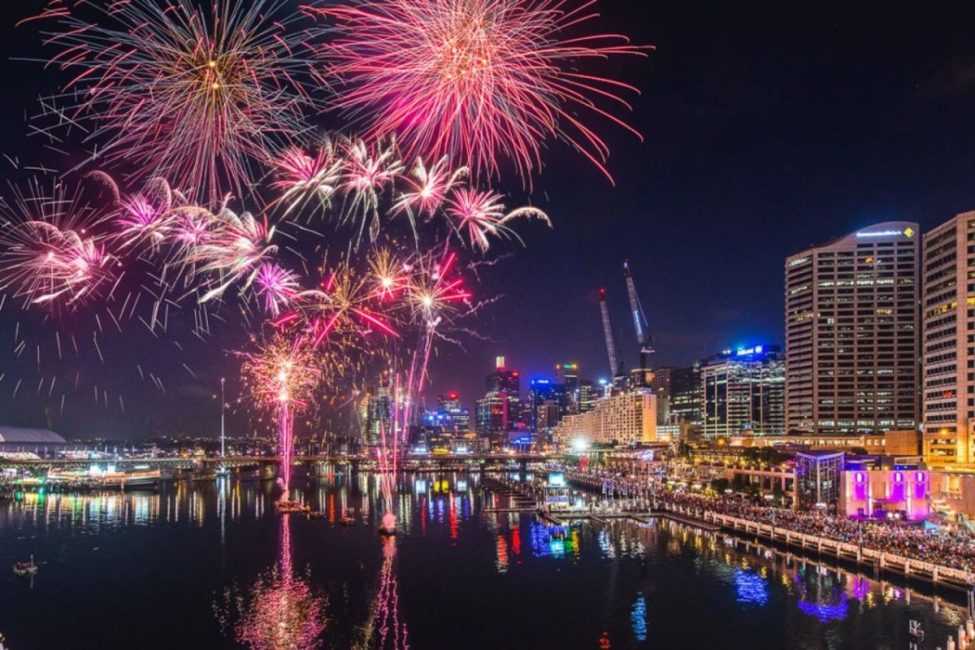 The beginning of winter, shorter days and colder nights, but we still get blue skies and sunny days. What used to be the quietest month of the year has, over the last decade, become a pretty busy time in the city thanks to the Vivid Sydney Festival.

Vivid runs for the first two weeks of June and Circular Quay, The Rocks and the Botanic Gardens turned into a wonderland of light installations.

New events and updated content are added to these pages as it becomes available.

Where: Cronulla Street Cronulla
When: 4 – 6 June
Cost: Free
More: Check the official website for the schedule.

Meet some of the biggest stars of Cosplay, gaming and pop culture classics.

Where: Sydney Showground Olympic Park
When: 18-19 June
Cost: From $37.50
More: Check the official website for the schedule.

I have to be honest; I have about as much crafting ability as a rock, the exhibits here blow me away. How are some people so talented? From embroidery to quilting and paper craft to weaving, there is a lot going on.

Attend classes, buy super new gadgets to make your crafting easier or if you are as talented as I buy some finished projects!

Where: The Dome, Sydney Showground, Homebush
When: 29 June – 3 July
More: The official site has all the details.

Theatre and Film in Sydney in June

Where: Capitol Theatre
When: 3 June – 23 October

Where: Lyric Theatre
When: 15 May – 17 July
More: Visit marypoppinsmusical.com.au

An American in Paris

Inspired by the Academy Award®-winning film, acclaimed director and choreographer Christopher Wheeldon brings the enchantment and magic of Paris to buoyant life with popular songs by George and Ira Gershwin, including I Got Rhythm, S Wonderful, But Not For Me and They Can’t Take That Away From Me.

Where: Theatre Royal Sydney
When: Until June 12
More: Visit the official site for ticket information

They might be carrying briefcases and commanding bigger paycheques, but straight-talking Joanne and perennially optimistic Felicity are back and STILL UNQUALIFIED in this sequel to 2018’s hilarious hit comedy.

Where: Ensemble Theatre
When: Until June 12
More: Visit the official site for ticket information

The Japanese Film Festival is back with JFF Fringe, an off-season program of contemporary Japanese films. This year’s JFF Fringe program, In the Presence of Space, features a selection of documentaries that survey the intersection of Japanese contemporary art, music and architecture through film.

In celebration of the Sydney Modern Project at the Art Gallery of New South Wales, the series spotlights Japanese architects Kazuyo Sejima and Ryue Nishizawa, as well as their architectural firm SANAA (Sejima and Nishizawa and Associates).

Presented by The Japan Foundation, Sydney, films showing include:

Where: Palace Cinemas Central and Verona
When: 24-26 June
More: Visit the official site for ticket information

State of Origin on the Mega Screen at Watson’s

Can’t get to the game? Head to Watson’s and catch all the State of Origin action LIVE and LOUD on the Mega screen in the Beer Garden. In celebration, Watson’s has complied all their much loved snacks & shares into a Footy Feast for 2!

Did you know the Southern Highlands are home to more homemade pie outlets than anywhere else in Australia? Pie Time is a month-long celebration to honour the best food to eat with one hand.

Pie teas, Pie and Pinot Pie, even a pie cycling route so you can burn as you go. Join the search for the best pie in the country.

Where: Bowral and surrounds
When: 1-30 June
More: Check the official event website

Get set for a long weekend of great music and fine wine in picturesque Orange this winter. The beautiful country township will play host to the Orange Winter Jazz Festival from 10-12 June.

Where: 8 venues across Orange – ranging from pubs to churches!
When: 10-12 June
More: Check the official event website

A weekend of music, surfing, cars and food in one of the prettiest beach spots on the south coast. SurfLife features over 12 hours of live music, stories from surfing legends, a classic surf car showcase and lots more.

One of Australia’s greatest poets, the town of Grenfell commemorate Henry Lawson’s birth and his amazing legacy with this annual Henry Lawson Festival on the June long weekend. The festival promotes and recognises aspiring Australians in their artistic endeavours.

Where: Grenfell NSW
When: 9-13 June 2021
More details on the official site

Snow Time in the Gardens

With everything from a snow cave to toboggan runs and a snow play zone, Hunter Valley Gardens hosts one of the states best winter festivals. Perfectly timed for the NSW school holidays this event gets really busy so book accommodation early.

If you head up to the Hunter take a look at the local hop on hop off bus iHop Hunter Valley.

Got an event to share in Sydney in June? Pop over to the What’s on in Sydney Facebook group and let us know!