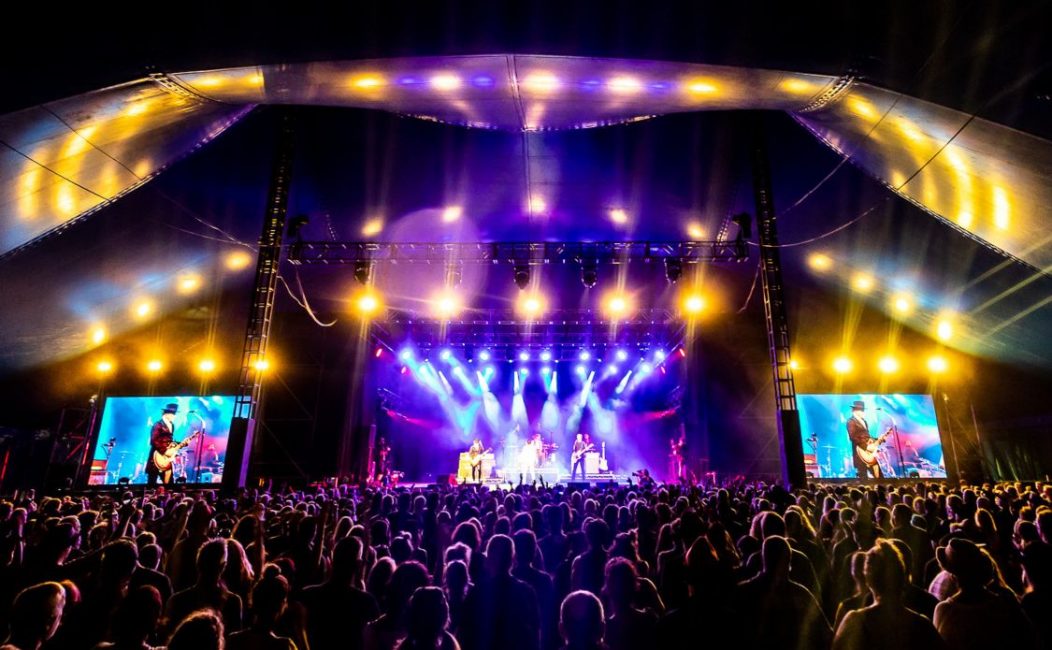 The Best Music Festivals in Sydney and NSW 2022

Music festivals in Sydney are back on the agenda, in fact, Sydney and regional NSW has a pretty good share of music Festivals spread throughout the year. If you are someone who loves loud spaces cramped with people in various of stages of consciousness, this article is for you. While some prefer to see magnificent buildings steeped in history or absorb the natural world in quiet contemplation, others like a little more spice in our lives.

If you’re one of these kinds of people, read on and start buying tickets early… these music festival sell out fast!

The festivals we have listed below are for those of us with more contemporary tastes and lean heavily towards hip hop and electronic music. Some of them have already been held for this year and others require a bit of a drive into the lovely New South Wales hinterland. That said, if you’re a music fan who’s young or young at heart, here are ten music festivals that you simply must put on your calendar.

Getting up on New Year’s Day is a hard task for most of us, but if you can manage it, then make your way down to the Domain in the heart of Sydney for Field Day. A primarily hip and electronic music festival, Field Day has been running since all the way back in 2002 and has recently featured world-famous hip-hop artists such as Chance the Rapper and Childish Gambino along with electronic favourites like RL Grime and Disclosure.

Where: The Domain Sydney
When: 1st January
Full Details Here

The Electric Gardens started from Perth’s Damian Gelle and Sydney’s Anton Marmot’s backyard party in 2001, that evolved into a brand new music festival in 2004, that was first held in the UK.

Then Electric Gardens, with its founders, returned to Australia to become one of the most memorable occasions of Australian summer.

Where: The Domain Sydney
When: Between late January and early February
Full Details Here

What started as a tiny indie music event in the laneways of Melbourne, St Jerome’s Laneway Festival, has now become one of the most loved music festivals in Australia.

The Laneway Festival started in Melbourne in 2004 and has now expanded to include shows in Sydney, Brisbane, Adelaide, Fremantle, Auckland, Singapore and Detroit.

Where: College of Arts
When: Will resume on 2023
Full Details Here

Touted as Australia’s “annual breakbeat showdown” Touch Bass is not for the faint of heart. And with international blockbusters like Borgore, Excision and Sub Focus headlining this year’s event, it’s a good idea to book your tickets before it’s too late.

Usually held on the Easter Long Weekend) at the Hordern Pavilion, Touch Bass might not be for everyone, but if it’s for you then it is certainly for you.

FOMO markets itself as a “one day, one stage, all-inclusive entertainment experience” and is like most of the other festivals on this list, specifically focussed on electronic and hip hop music.

Also like many of the other festivals on this list, FOMO is held early in the year, which means that you’ve missed out (again). But with the likes of world star acts like Lizzo, producers like Kaytranada and alt hip hop favourites Brockhampton, you’ll be sure not to make this mistake again.

A now worldwide phenomenon, Ultra is an EDM or electronic dance music festival that originally began in Miami in 1999 but has since branched out to Sydney and across the globe.

So I’m sad to say that if you’re keen on seeing Ultra this year then bad luck, you’ve just missed out. But with headliners including DJ Snake, Afrojack, Eric Prydz and Zedd packing Paramatta Park this year, EDM fans should definitely keep this one on the radar for next time.

A boutique event that flies a little under the radar, rap and bass festival Hidden didn’t go all out at Sydney this year, instead opting for a smaller one-off show at the Hordern Pavilion. Featuring American ASAP Ferg, Belgian Dubstep DJ Eptic and Western Sydney four-piece One Step, it’s probably a shame you just missed this one.

Whether Hidden will repeat this kind of event or opt for another festival in 2021 is unknown, so its best to keep your eyes peeled for now.

Bluesfest is an Easter weekend institution. This award-winning music festival is held just outside Byron Bay on the north coast of NSW. Now in its 30th year and attracting 100k people get in early to book one of the 6000 campsites or nearby accommodation. Five stages, 12 hours a day, for four days you will need to pace yourself here!

Unlike most of the other festivals on this list, Groovin the Moo is not held in capital cities but across regional Australia. Nearing on fifteen years old now, its NSW venue has primarily been at the Maitland Showground just outside of Newcastle.

This year’s event is scheduled for the 9th of May and will feature a dizzyingly diverse array of acts, from Darude (of Sandstorm fame) old school stalwarts like the Veronicas and Cat Empire and the now infamous Bhad Bhabie.

Splendour in the Grass

The other non-Sydney festival on this list, Splendour in the Grass has been held in the hippy heartland around Byron Bay since 2001, becoming a rite of passage for a generation of young Australians. Featuring what could loosely describe as alternative music and growing to encompass hip hop and electronic, Splendour offers something for everyone.

Running this year from the 22th to 24th of July, this festival’s headliners will be local favourite Flume, classic indie rock band the Strokes, and the dynamic and unpredictable Tyler the Creator.

The event is dedicated to creative practice, celebrates community, fosters Radical Self Expression and is founded on Radical Self Reliance. The community exists and grows through Communal Effort, is commerce free, and relies on the participation of all community members to achieve its needs, goals and dreams.

The experience of positive interactions and ‘Radical Inclusion’ nurtures every participant and the ‘Gifting Economy’ provides insight into how it truly is joyful it is to share and share alike.

A hip hop and electronic music festival, Listen Out has been held in major cities across Australia since 2013. Typically held in Sydney’s Centennial Park around late September and early October,.

Last year Listen Out featured prominent international artists such as Denzel Curry and Diplo from the United States, Slowthai from the UK and local legend Flume. Though not yet announced, his year’s line-up is sure to run in the same vein, showcasing the best up and coming acts in the scene.

You can also catch Listen Out in Melbourne, Brisbane and Perth.

A weekend filled with music and fun, dancing and drinking & laughter and sun.

Where: Del Rio Riverside Resort
When: 13 May to 15 May
Full Details Here

Since 2003 Harbourlife has become Sydney’s premiere dance music event. This spectacular Sydney party will return to its spectacular waterside venue at Mrs Macquarie’s Point in Sydney.

You can celebrate the start of summer in beautiful green surroundings, the perfect view of the Sydney harbour/skyline and party with a carefully hand-picked selection of quality house acts providing the perfect soundtrack.

Just one year old and acting as a kind of replacement for the now-cancelled and much loved Stereosonic, Festival X has a similar focus on EDM music that also branches out into hip hop.

Set to be held this year at the Sydney Showgrounds on the 30th of November, Festival X has managed to wrangle superstars of the genre like Calvin Harris and Armin Van Burren, Soundcloud rapper Lil Pump and Sydney local Alison Wonderland, amid wide range of small acts across multiple tents.

Beginning only in 2018, Good Things is a festival that primarily features metal, alt-rock and punk acts. In its short history, Good Things has hosted metal and punk legends such as Parkway Drive, the Offspring and A Day to Remember, along with acts more associated with the pub rock scene, such as the Dropkick Murphys and the Smith Street Band.

Expect 2022’s Good Things to come way off in December right in the middle of the city in Centennial Park.