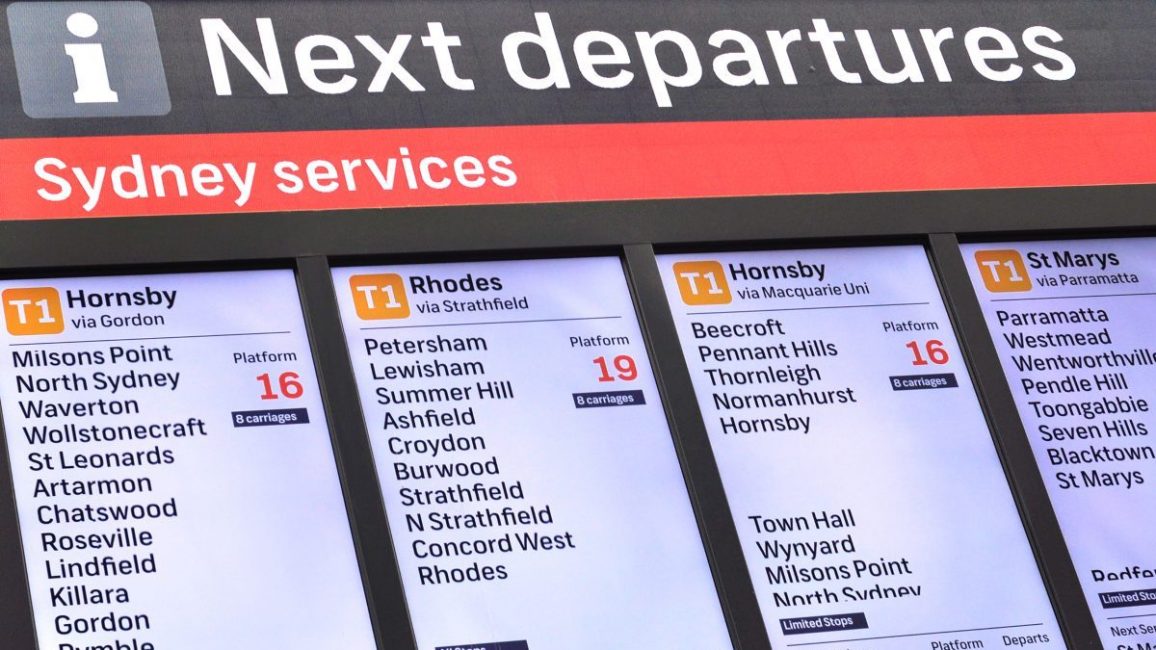 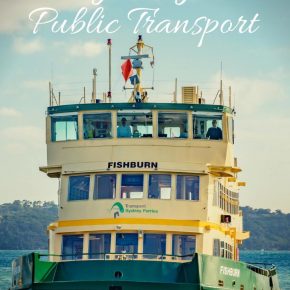 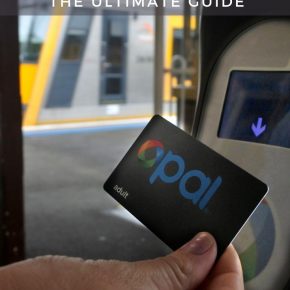 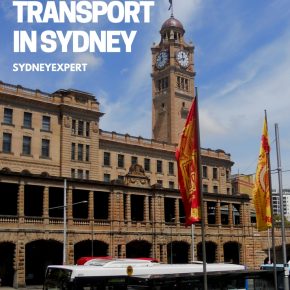 There is no need to hire a car for your time in the city. Sydney’s public transport is easy to use, and once you work out the basics, I am sure you will find it convenient.

Today we share an introduction on how to get around Sydney on your holiday; consider it a brief guide to using Sydney’s public transport on your holiday.

For most people, the airport train will be your first taste of Sydney’s Public Transport network. Depending on the time you arrive, this could be a pleasant or pretty stressful experience.

The two stations at the airport are privately operated and, as a result, are relatively expensive. Still, the train journey is cheaper than a cab, especially if only two of you. The trip is also much faster; in busy periods, you can be in the city before you even get to the front of the taxi queue.

I used to take this train every day. The trains are pretty crowded in peak hours and not for the faint-hearted. Try to get to the front or rear of the train for more space and if you can, avoid standing right in the doorway so others can get on.

If you have a huge backpack, take it off your back – it’s the polite thing to do:-)

Wondering how to access your cash in Australia? We use a Wise multi-currency account when we travel. It comes with a debit card. You can spend and withdraw money in over 40 currencies from local ATMs with lower fees than most other options.

Sydneysiders love to complain about our rail network, and at times it can be a bit crap, but for visitors who mainly access the inner stations, it’s a great way to get around the city.

We have written a detailed guide to Using Sydney’s Opal Card especially for visitors.

The main train station is Central Station, located between Chinatown and Surry Hills. All trains in the network pass through this station; it is also home to country link services that will take you into regional NSW and beyond to Melbourne, Brisbane and even Perth!

If you are planning a train trip to the Blue Mountains, you will probably depart from Central.

A train ride to Newtown is also an excellent way to spend a few hours exploring a different part of the city.

The other key stations for travellers are part of what is known as the City Circle, a loop of stations that form a ring around the CBD or central business district. These stations include Central, Town Hall, Wynyard, Circular Quay, St James and Museum.

The city circle runs in both directions and is an excellent way to get from one end of town to the other if your feet give up!

Sydney buses are the only option in many Eastern and Northern suburbs. All services require you to use Opal or contactless payments.

If like me, you enjoy exploring places like a local, you might enjoy our detailed articles about using Sydney buses to discover different parts of the city, including a general one on using public bus routes.

The best bus routes for visitors to Sydney

I don’t own a car, and Charles is a bus driver, so we are pretty much experts at Sydney’s bus system. Check out our guides to the following routes:

There are currently some disruptions to the Inner West light rail, and buses are replacing services.

The L1 Route – The original shiny red light rail service travels through the south of the CBD from Central Station to the Star Casino before heading to the inner west. It passes a couple of tourists spots, including the Sydney Casino, Sydney Fish Market and the Tram Sheds, an excellent destination for food lovers.

The L2 Route – This line travels from Randwick to Circular Quay. After leaving Circular Quay, the tram travels up George Street via Haymarket to Surry Hills, Moore Park, and Randwick Racecourse.

The L3 Route – Also begins at Central and travels to Kingsford.

There is a range of public and private services operating in Sydney. Both Opal cards and credit cards are accepted, although some of the more minor services like the Bundeena ferry may still require a cash payment. At least one ferry ride must be on your itinerary!

Private Ferry Services – Some harbour services are run by private operators, including Manly Fast Ferry and Captain Cook Cruises.  Several small ferries make a fun day out for visitors wanting to escape the city for a day like the Brooklyn River Ferry, Church Point, the Central Coast and the charming Bundeena Ferry. You can use your Opal card to pay for rides on the Manly Fast Ferry and Captain Cook Cruises, but the trip will not count towards your daily travel cap or weekly cap.

Check out my thoughts on 5 of the best ferry rides for visitors to Sydney.

Uber is legal in Sydney, and other ride-sharing services are also soon to launch. I am a big fan and have had many positive experiences using Uber in Sydney. I took about three trips a week on average over the last year, so I have been in enough Ubers to have formed an opinion; I have not one bad ride, all drivers have been overwhelmingly courteous, and they are now my first choice when calling for a ride.

New rideshare services are beginning all the time. The most recent ones are Ola and Taxify. Sign up, and you usually get a code offering you a couple of free rides – use them all and save yourself some cash.

Check out our guide to using Sydney Airport, which includes details of all the airport’s transport options.

For example, Ola also often have specials like a $25 flat fare from the airport for up to 10km.  I think they are the best value rideshare in the city.

You can now use any of these rideshare services from Sydney Airport – there are designated pick up areas at both the International and Domestic terminals that are well signposted.

There are several taxi companies in Sydney, some service the city and others work in smaller areas. Silver is my personal favourite mainly because they answer the phone quickly, the taxis are clean and best of all they turn up!

It’s worth noting the secure ranks that operate at night if you are travelling alone. These run from 8 pm until 3.30am on Friday and Saturday nights. The most useful ones are

H20 Sydney Water Taxis – Sometimes the quickest way to get from one side of the city to the other is by water taxi – Balmain to Mosman, for example, is going to take you ages any other way. They can be pretty cost-effective for groups.

Bayswater Car Rental – An excellent value company with reasonable rates and a convenient city location. I have rented from Bayswater (also known as no birds); it has always been problem-free.

Sydney Trip Planner – Trip planner can be reached via the web or phone 131500. This all in one site will help you find the best way to get from A to B. The site also lists track work and service interruptions, which are frequent in Sydney on the weekends.

Beyond the Wharf – This site is run by the Sydney Ferries contractor and gives lots of great ideas for exploring the cities ferry routes.

Tripview – The paid version of this app is the one I use every day as it lets you save your most used journeys.

I love the free global transport app Citymapper that I think works well for Sydney. It is probably the best option for visitors as it assumes less knowledge of Sydney than most of the other apps and is free.

You can find the full range of transport apps here.